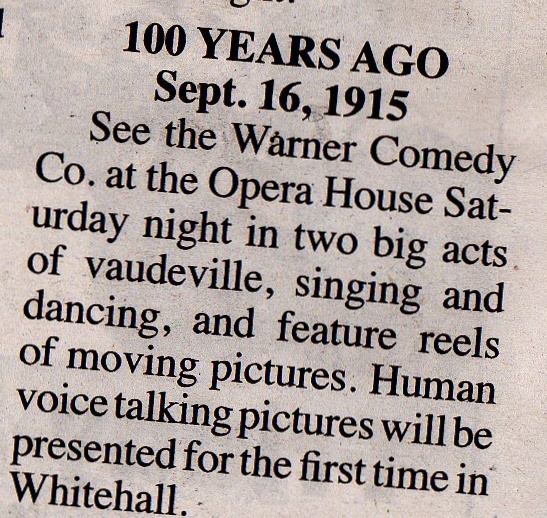 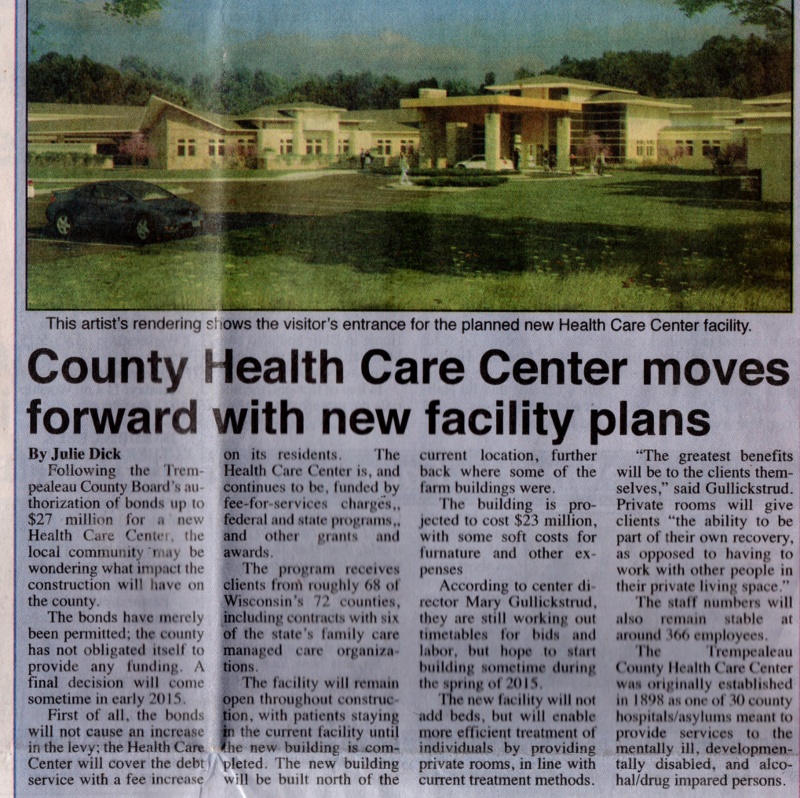 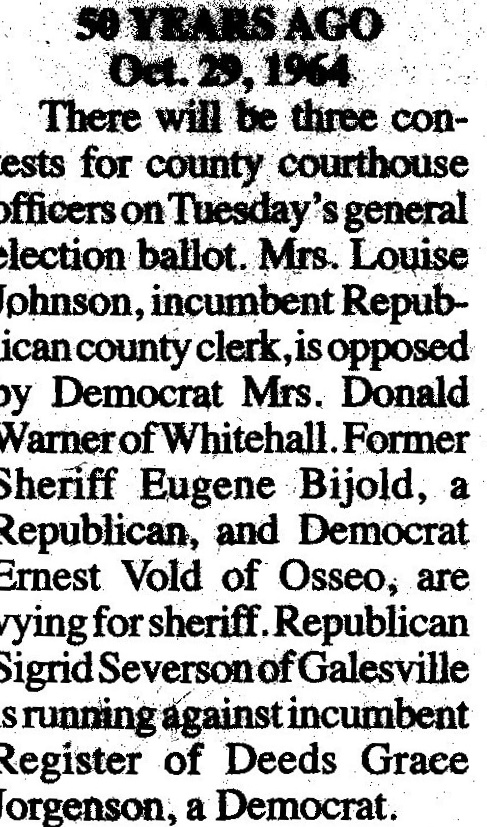 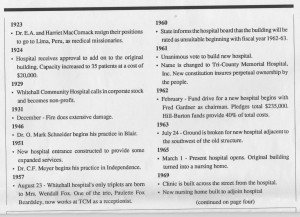 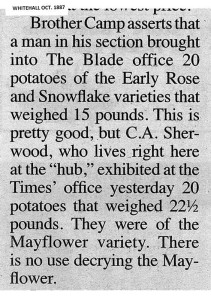 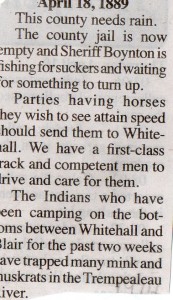 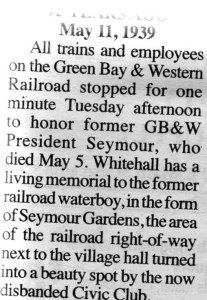 1952 OUR SAVIORS LUTHERAN CHURCH OF WHITEHALL

Letter to the Editor:
Regarding the identity of members of the Pathea Orchestra, recently shown in your paper, the
young boy in the center is my brother Alf Modahl. He now lives in Bradenton, Fla.
Our family, consisting of our parents, Amandus and Mattie; my brothers, Alf, Joe, Frank and Carl; and myself, Lillian, lived in Whitehall from 1910 until 1918. Both parents were musicians. He organized orchestras and bands and gave music lessons; she played piano, organ, violin and mandolin. When our father died in 1911 from a stroke, many of the town folk came to the family’s aid, for which we were very grateful. Mother, then, took over the music classes and made a living for our family.
Alf was a dedicated musician all his life. He would set his alarm clock to the exact time he would finish practicing, and set the clock, face out, in the window to allow his pals to know when he would be available for fun and games. He played the clarinet in a family orchestra before Father died. Mother played the violin; Joe played the flute and piccolo; Frank played the piano and Father the drums.
After Father’s death, this orchestra fell apart, but Alf never faltered in his determination to become a top notch musician. He played for his first dance when he was 10 years old, which was the last dance our father played for. Alf proudly gave his earnings to our mother to buy coal.
From the age of 10, Alf played regularly with several orchestras; he was considered a drawing card because of his young age. His fellow orchestral members took good care of him; they did not let him play late. They would make a bed for him out of chairs and coats behind the piano and bed him down for the sleep he needed in order to go to school the next day. In his teens he was expected to carry his share of the playing and by the time he was a sophomore he played so many nights that he had to drop out of school.
When our family moved to the Galesville area in 1918, Alf remained in Whitehall for awhile. Later he left to pursue his career, traveling across the nation with Chatauqua programs and other musical groups. Still later, he became a member of John Philip Sousa’s band and traveled widely. When Alf married Alta Moen from La Crosse, he settled down there. Here, he continued in orchestras and bands and in teaching music. They have a son and a daughter and grandchildren, and are now retired in Florida.
Lillian Modahl Hanson
Holmen, Wis